What is "Save Your Hood" about?

Take part on our actions. Make your initiative a reality and let's reshape our neighborhoods together.

> The Idea
> The cause
> The process
> Is there no team for your territory?
> Start Save your hood in YOUR Country!
> The Idea

The Save Your Hood movement strengthens initiatives and gives citizens the means to act by providing a common ground where everyone can express their ideas and concerns and empower each other for healthier neighborhoods.

It started as an initiative that quickly grew bigger to raise the awareness of the public about the problem of waste, uniting active citizens and other volunteer groups throughout Greece, in order to change our mentality.

Waste of all kinds - plastics, other materials, everyday objects, recyclable, construction waste, marine litter, organic and even hazardous waste have been collected to date.

The need for all of us to have cleaner, more aesthetically beautiful, healthier places to live, unites us so that we can all act together immediately and see our neighborhoods change for the better.

Have you seen a anyone passing by throwing garbage on the streets, woods or beach? How did you react?

That logic of indifference became the reason for Vassilis Sfakianopoulos to start a voluntary initiative along with some of his friends. A friendly call became the source of all of this, and collect 32 garbage bags of 100 lt on Tourkovounia territory.

The idea became a reality and the result was named «Save your hood»
Save your neighborhood, your forest, your beach, save the place that you live in and love. An idea that started on the first lockdown and manifested on the second (15 of November). The need for a change became more than just a walk.

> The process
> Is there no team for your territory?

There is no reason for it not to exist.

> Start Save your hood in YOUR Country!

Send us as soon as possible a message and we will communicate with you and inform you about the necessary simple steps.

It is simple, easy as pie and full of positive energy!

0
VOLUNTEERS CHANGE OUR MENTALITY
0
LITERS OF GARBAGE HAVE BEEN PUT INTO ITS PLACE, A FACT THAT GAVE REBIRTH TO OUR NEIGHBORHOODS

What is happening in Greece

LT OF GARBAGE (In millions)

What is happening in Cyprus

LT OF GARBAGE (In millions)

Our volunteers act on more than 70% of Greece!

Take part on our actions. Make your initiative a reality and let's reshape our neighborhoods together. 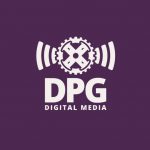 With the support of public bodies